Reflecting on these past five weeks: I have learned how to travel independently, became more culturally aware, and met numerous top executives who gave me beneficial insight into the advertising world. This experience is more than I could have imagined. Never traveling outside the United States before and then coming to four different countries with twenty strangers was an adventure to say the least. London was the country we spent the most time in, and was the place that I will be coming back to visit sometime soon. Throughout our two week stay I met the CEO of Warner Brothers, talked to top public relations and advertising executives in the BBC, visited Google headquarters, met the man who composed the music for the movie, Les Miserables, and heard countless others speak to us about their professions. Due to their guidance and advice I feel that I have a better understanding of the media industry on a worldwide scale. 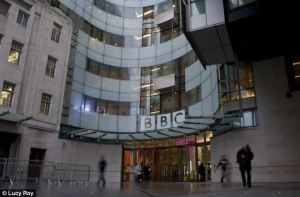 Before studying abroad I was narrow minded about the world in general and what I wanted to do with my future. Needless to say, I still don’t know the exact layout of my career after college, but I do have a better idea of which path I would like to take. In comparison to America, when you are talking to someone in London you don’t usually ask someone right away “what do you do”? The world doesn’t revolve around wealth and prestige like it seems to do more in the United States. However, I noticed people in London dress more professionally everywhere you go. Especially in the tube stations it is prominent to people watch and see suit coats, high heals, and more professional wear in general. I wouldn’t mind if more people in the states dressed more properly for work everyday. 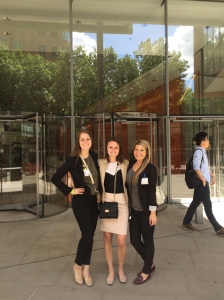 One of the speakers was Jennifer Thompson, who worked for Google. She gave us a tour of the headquarters and told us that working there was very similar to the movie, The Internship. Although Thompson was not super dressed up for work, she talked about how the workplace was a laid back environment with the prime goal to get the creative juices flowing. An interesting fact about her is that she is a Michigan State alumni, which makes staying in contact with her very important. Her main advice for the media world was to always say yes to any and every opportunity that presents itself. Never would she think she would be working for Google or even in London for the matter. This goes to show that no one is able to map out his or her career, thus you never know where life will take you. I wouldn’t mind working for Google, especially in their public relations department.

Another speaker who was influential to my studying in London was the President and Managing Director for Warner Brothers UK, Ireland and Spain, Josh Berger. Berger overseas Warner Bros business activities in three territories including Warner Bros Pictures, Warner Bros Home Video, Warner Bros International Television Distribution, Warner Bros Interactive Entertainment, Warner Bros Digital Distribution, and Warner Bros Consumer Products. He is a man of great power and numerous connections to the industry. Hearing him speak to us was one of the highlights of the whole trip. It was even more exciting hearing him speak since I was sitting directly next to him while he presented to our group. Berger was very passionate about his job and it showed by him saying how he likes to be involved in all aspects of the Warner Brothers business and loves to give back to the young professionals who are the future of the industry. Before this trip I didn’t think of going into media production, but after listening to Berger talk I feel like it could be a possible career choice in my future. Now I can say that I have met Josh Berger, and that I have his email address and also was able to get the CEO of Warner Brothers contact information as well. You could say I am building my contacts list by starting at the top of the industry.

Recently while on this trip abroad, I found out I was accepted into officially having a public relations minor. I am very excited to officially consider studying public relations underneath my advertising major. Overall, this trip taught me that mass media in the United Kingdom is very similar to the United States, yet very different at the same time. I feel like I am able to bring back more insight to my jobs in America due to the learning and insight I gained from the numerous speakers. As of right now I still have no idea what career I whole-heartedly wish to adventure towards, but I am thinking of going into the crisis management side of a media company. Hearing executives talk about this aspect of public relations for the media world intrigued me to think that every day of work would be different and never boring. I am a person who likes to have excitement in my day, and I feel that this pathway in the mass media industry may be the right move. Then again I am a very indecisive person, and next week I might be thinking of a different idea.

In the end I will have passion and say yes to every opportunity that is presented my way. Thank you to my professors, Sue Carter and Troy Hale, and also Joe Videan for setting up the schedule for all the speakers we were able to meet. I was fortunate to get paired with the best group of friends I could have asked for. To my parents, thank you for allowing me to travel to a different part of the world that was thousands of miles away to further my learning. Words can’t describe how lucky I am to have you as my parents. Also last, but not least, thank you to my Gma for supporting me on my travels. She is one of the most important people in my life, and although she has never been able to go overseas to travel, I hope I am able to give back to her what she gave to me for this trip. Not many people are given the chance to travel to a different continent, let alone study while visiting that part of the world. I am humbled to have gained all the knowledge I did, and will put all this learning to good use in my future.