The US and the UK. Two very closely tied countries that are worlds apart both in distance and culture. There’s always the initial shock of arriving in a new place, even driving up north (the actual north) of my own state there’s an obvious change. But in arriving in London it’s a whole new world, Language, Social cues, and transportation, it’s all wildly different than anywhere in the US that I’ve encountered. Some of these changes take time to adjust to and others a glancing recognition. Some aren’t changes to adapt to as much as they are just observations. Even though our country was founded off of people from the island, the two countries have grown in very different ways. 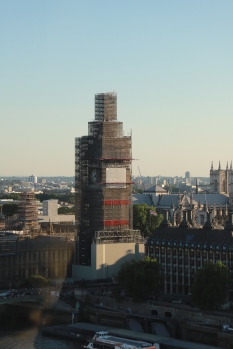 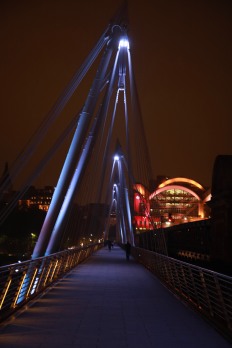 A plane ride across the pond shortens the vast distance that is the expanse of the Atlantic. The travel is about the same time it would take me to drive from Michigan down to Kentucky but the cultural change is far more drastic. Upon landing one of the first things that will throw you for a loop is the fact that you are now the one with an accent. Have you ever had anyone comment on your accent and you’ve thought to yourself “well…I don’t have an accent”, you think that because everyone around you has the same accent; but now in a different country, in a different part of the world, you’re the odd one out. The second thing that hits you (at least in the UK) is you have to look right instead of left when crossing the road. These are your main two differences but the longer you stay the more the litter differences start to pile up.

Getting Around Town (and further)

A very key difference that you should try to get familiar with as quickly as possible is transportation. If you are coming from a country like the US, you are not driving in the UK. It’s not just driving on the left that will throw you off, but all of the little rules that come with driving; one that I learned is that you cannot under any circumstances stop on the squiggly lines, that is a huge fine. And then you pile on the fact that you will likely be driving a stick shift and your chances of getting ticketed or worse skyrocket (I don’t care how good you are at driving a manual car, try shifting with your left hand just once and tell me how it goes).

Back home when you want to head to the store or across town you hope in your car, but you can’t drive so what do you do? Unless you want to rack up a small fortune in cab fares you’re going to take trains and buses on the Transport For London services. Around the city, you have the tube as well as a bus system (the bus system runs all night but most of the tube lines do not). If you’re taking a long journey again it’s a bus or a train, just a long journey and all the trains are above ground now.

So why is there such a big difference? Why is having a car such a pain? Well, the answer is two-fold. First, history. Second, politics (sort of). A lot of the city is laid out generally the same way it was in the 1600’s when streets were for horses and foot traffic (that’s right, originally you were supposed to walk in the streets). When cars came around not much changed aside from the addition of pavement, sidewalks, and some fancily painted lines that dictate where you drive. Now for the sort of political side of things, in the UK your government does more. Instead of relying on the market to provide transportation there is already a fantastic public transit system at your disposal that will get you within a short walking distance of nearly anywhere you need to go. This is because, like many European countries, they are closer to a welfare state, a state which provides much more for its citizens than just a justice system and military might.

The English language (as we know it) is not spoken in the UK. Both quite literally as well as in a more nuanced way. In the literal sense, there are large populations that speak many different languages, though in my encounters most were bilingual and we were able to converse with no issue. However, it is the subtle differences that’ll get you, for instance, there are no elevators in London or the UK, instead they have “lifts” and instead of the trunk of a car you have the “boot”. Along with that, I found that majority of word differences were in clothing, here is a short list.

Combine different word usage with different sentence structuring and a completely new assortment of idioms and you’ll find yourself struggling to conversate with a lot of people at first. But, as most things, you’ll get used to the differences and likely pick up a bit of the vernacular along the way.

Here’s a fun list of words that are different in the UK!

I think the most obvious reason I noticed this so much is due to where I live. In Lansing, the only real place for ads is on billboards, and since I’ve been passing them my whole life I don’t notice them anymore. But in London, there are ads everywhere. In the bathroom stall? Yup, there’s an ad. Benches, everywhere on the tube, buses, taxis, if there’s a blank surface you can bet there will be an ad there. I can only assume that this is the case for most big cities, but as the only large city I’ve ever spent time in is Chicago and it was a very brief visit I cannot confirm.

Why so many ads? Well in part because of the way they consume media, in the US print is dying faster than any other medium and people don’t stare out the window on long bus rides anymore. Instead, we’re online and watching TV, both of which are paid primarily through ads. In the UK the major broadcasting network, the BBC, is free of advertisements due to the nature of being a government-funded impartial broadcaster. So without a major network, the ads have to go somewhere, and that somewhere is on benches, street corners, free newspapers outside tube stations, etc.

After spending 5 weeks in the UK and Ireland (and also Italy), I’ve adapted to the way things work. Late dinners are normal, I’ve picked up the local language, and I don’t know what I’m going to do now that I can’t walk downstairs to go to the grocery. Coming back to the US I will have to repeat the adaptation process that I went through in the first week or so of being abroad. Though this time it will be far easier, since those connections in my brain already exist, it will still be another change to make.

The Big Change – By: Jacob McDowell